The History of Robinsons Cider

The Robinson family have been producing cider in Tenbury, “The Town in the Orchard”, for well over 200 years, the knowledge passing from father to son for at least eight generations.

Some of the former Robinson hostelries in Tenbury have completely disappeared from sight and memory now but many are still offering hospitality or, like the Cage in Church Street, now a private home, are still just discernable. Among the ones that have gone are The Bay Horse, which used to be at 8 Teme Street; The Tanners Arms (31/31a Cross Street); and The Kings Arms which used to be in Teme Street, probably somewhere near the old Corn Exchange which itself was built in or close to “Robinson’s Yard” in 1843. 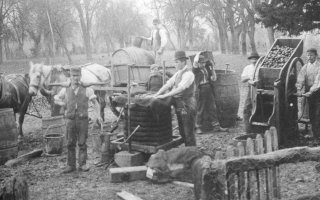 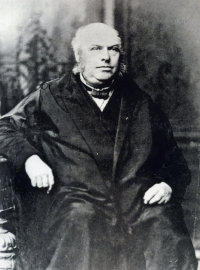 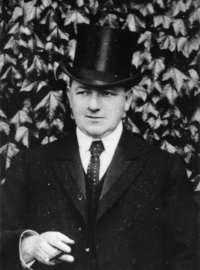 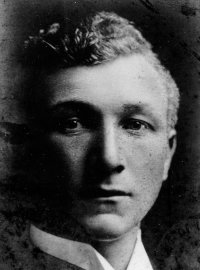 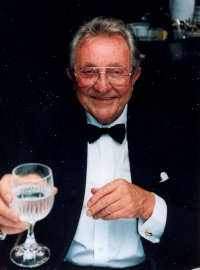 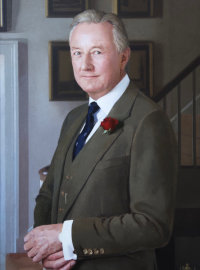 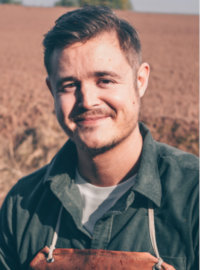 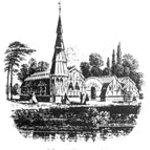 In the 1780’s and 1790’s Robert Robinson made cider for sale at the Bay Horse. He was followed by his son Robert, but his son Robert decided to follow a career in the Law. He was High Bailiff in the County Court of Worcestershire (and Secretary of the Tenbury Improvement Company who built the Pump Rooms in the town) but in 1879 he purchased from Lord Northwick the Rose and Crown across the River Teme in Burford. The Robinson family then held the Rose and Crown for the next 110 years. It was in the premises that used to stand behind that the cider business really developed. 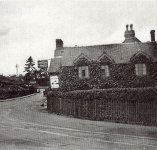 The High Bailiff’s son, another Robert (seen above in top hat) ran the Rose and Crown after him. In the course of the 20th century the Robinsons also held the Peacock, the Royal Oak and the Cage, which used to be in Church Street, by the Round Market in Tenbury. The Cage is a private residence now but there is still a bird cage hanging on the wall above the pavement and a pane of etched glass, saying “Smoke Room” to bear witness. In the 1930’s the family acquired the assets of the Tenbury Aerated Water Company and started to produce soft drinks.

Robert’s sons Robert (not shown in the photo left: he died in France in 1918) Charles (left of the group), Jack (second from left: when this picture was taken in the 1950’s he was on a rare visit from New Zealand where he and Tiri, his Maori wife, spent all of their long & happy married life), Rupert (in the dark suit) and Barney (on the right) were all born at the Rose and Crown in the 1890’s. The Robinsons continued to make cider there until 1959 when the decision was made to cease commercial cider making and concentrate on soft drinks production (although they kept one press, the one we use today, and continued to make enough cider for their own consumption).

In the 1930s, 1940s and 1950s farm mechanization increased and the practice of including a daily ration of cider as part of the farm workers’ wages fell away, as indeed did the number of farm workers. For most farmers, cider apple growing became little more than a fringe activity but they could still sell their cider fruit to the Robinsons and the proceeds would often be sufficient to pay the rent for the whole farm for a year. 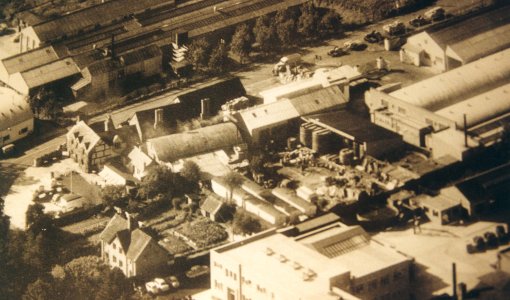 After the Second World War, Barrington and his brother Robert (“Bob” Robinson) joined their father Rupert and uncle Charles in the business. In the 1970’s, 1980’s and 1990’s Barrington and his son Robert (who joined in 1977 and is shown last in the family photos sequence) significantly developed their interests in the soft drinks (Wells Soft Drinks), packaging and mineral water bottling industries. By the time the business was sold in 1998 it was one of the largest and most dynamic in its market. 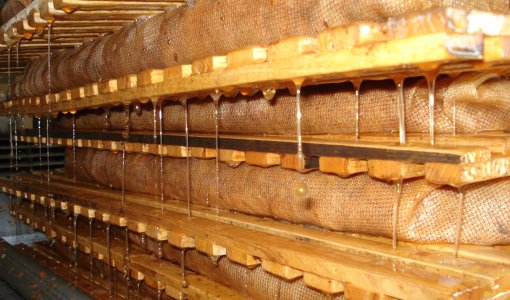 In 2005, that irrepressible cider-making gene emerged once more. Robert Robinson decided to refurbish the 70 year old press the family held on to in 1959 and press apples to make cider for public consumption again after an absence from the market of almost 50 years.

Robinsons Fine Dry Cider, made on that original press from the Rose and Crown premises was test marketed in Tenbury. Much of the fruit came from the same orchards that furnished apples for Robinsons classic ciders in the 1940’s and 1950’s. It was a very pleasant surprise to discover that despite a 50 year absence from the market, the Robinsons Tenbury Cider brand was still so strong and so positively held in local memory.

In 2020 Robert’s son Angus joined the business. Yet another generation. The apple never falls far from the tree”.

We use cookies on our website to give you the most relevant experience by remembering your preferences and repeat visits. By clicking “Accept All”, you consent to the use of ALL the cookies. However, you may visit "Cookie Settings" to provide a controlled consent.
Cookie SettingsAccept All
Manage consent

This website uses cookies to improve your experience while you navigate through the website. Out of these, the cookies that are categorized as necessary are stored on your browser as they are essential for the working of basic functionalities of the website. We also use third-party cookies that help us analyze and understand how you use this website. These cookies will be stored in your browser only with your consent. You also have the option to opt-out of these cookies. But opting out of some of these cookies may affect your browsing experience.
Necessary Always Enabled
Necessary cookies are absolutely essential for the website to function properly. These cookies ensure basic functionalities and security features of the website, anonymously.
Functional
Functional cookies help to perform certain functionalities like sharing the content of the website on social media platforms, collect feedbacks, and other third-party features.
Performance
Performance cookies are used to understand and analyze the key performance indexes of the website which helps in delivering a better user experience for the visitors.
Analytics
Analytical cookies are used to understand how visitors interact with the website. These cookies help provide information on metrics the number of visitors, bounce rate, traffic source, etc.
Advertisement
Advertisement cookies are used to provide visitors with relevant ads and marketing campaigns. These cookies track visitors across websites and collect information to provide customized ads.
Others
Other uncategorized cookies are those that are being analyzed and have not been classified into a category as yet.
SAVE & ACCEPT